Calling for Submissions for a special issue of Abolition: A Journal of Insurgent Politics on Abolitionist Feminisms 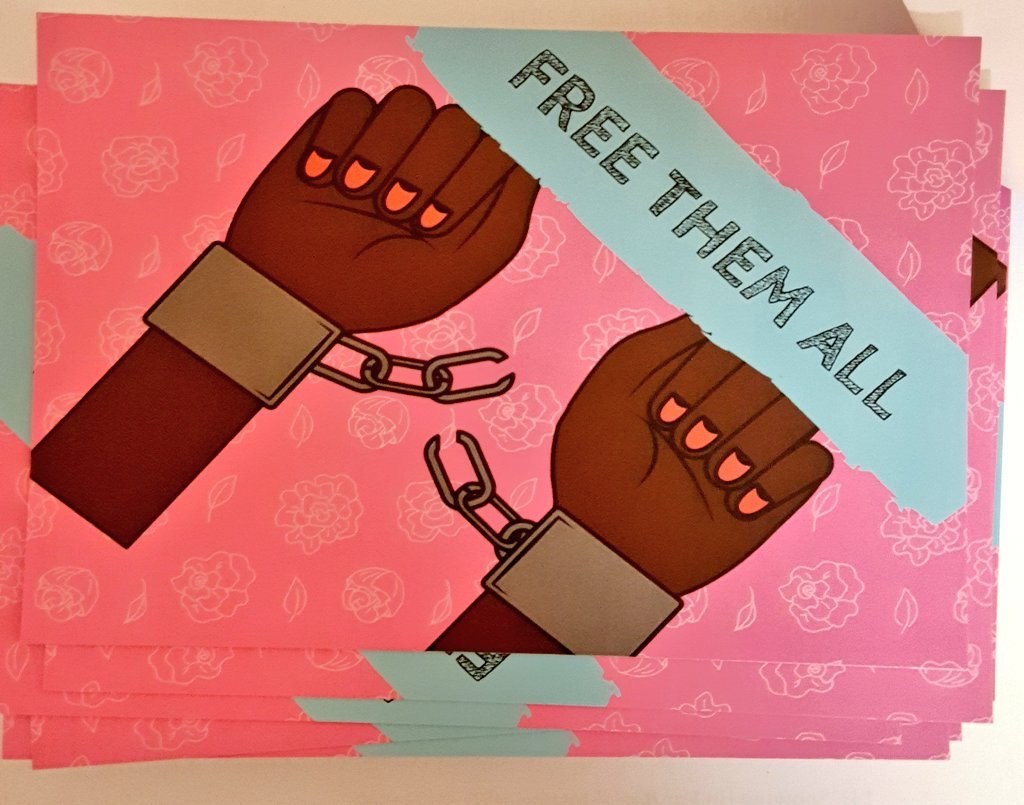 Nearly 20 years ago, prison abolitionist organizations, INCITE! Women of Color Against Violence and Critical Resistance produced the pivotal “Statement on Gender Violence and the Prison Industrial Complex.” This was a broad call for movements that creatively and effectively respond to the mutually constitutive relationships between the carceral state and the constancy of domestic and sexual violence, as well as movements that catalyze a vision of worldmaking “based on radical freedom, mutual accountability, and passionate reciprocity.”

Carceral systems structure and secure a racist and sexist world; legacies of abolition feminisms have created insurgent possibilities that dismantle those systems and invent new forms of relationality. This CfP for Abolitionist Feminisms, a special issue of Abolition: A Journal of Insurgent Politics, aims to explore and extend abolitionist feminist thought and action. Our focus on Abolitionist Feminisms arises from our commitments to feminist approaches to racial justice, anti-imperialism, anti-capitalism, and other political philosophies and formations that constitute a genealogy of anti-carceral feminist epistemologies, strategies, and rebellion.

For example, women of color feminisms and queer of color politics confront layered and intersecting systems of power and expose processes of marginalization and dispossession through a relational lens that is capacious enough to support coalitions to challenge and disrupt these orders of power. A powerful force catalyzing many forms of racial justice and women of color feminisms, Black feminist praxis is central to visionary abolitionist politics and practice. While the US carceral system anchors antiblackness in the US and globally, and imposes a binary sex-based form of violent control disproportionately on Black people, this CfP invites us to explore how Black feminist analytics such as the matrix of violence, domestic carcerality, paradoxical space, and intersectionality (which not only surfaces interlocking oppressions, but also lays bare the racist fallacies of Law itself) illuminate the structural relationships between confinement, punitivity, control, and intimate violence.

Likewise, Indigenous feminisms are foundational to abolitionist perspectives. While a colonial state apparatus uses carceral systems to appropriate resources and exact genocide on Indigenous people in the US and beyond, Indigenous feminisms offer models for resistance and repair. How do Indigenous feminist and two-spirit movements shift the paradigm of heteropatriarchal white supremacy (which is central to the carceral apparatus and punitive project of “nation”) and explode with it the boundaries of the so-called “united” states?

What are the impacts and challenges of carceral systems/logics on racialized and poor women, queer, trans, and gender non-conforming people? We invite critical reflections on multivaried forms of feminism that add to an abolitionist feminist constellation. As racist systems of punishment have arisen to police migrants through militarized bordering tactics, feminisms focused on migration and bordering have transgressed and opposed state practices, inhabiting, reformulating, or undermining gender to produce resistance and resilience. As sex workers are targeted by law enforcement, sex worker feminisms merge with sex-positivity to formulate embodied freedoms as feminist praxis, and to challenge the logics of “work” under a capitalist regime. Queer and trans feminisms imagine and enact embodied freedoms, overspilling the confines of dominant scripts that prescribe normative gender and sexuality.

This call for papers, poetry, interviews, stories, and art for publication in the Abolition journal and blog aims to engage moments of insurgency, creation, and destruction in the spirit of abolitionist feminism. We hope to glean knowledge of actions that fall both within and outside organized formations and movements. We seek submissions that speak to some of the following questions:

To submit papers, poetry, interviews, and art for this issue, please go to the online system for Abolition: A Journal of Insurgent Politics. We ask for complete submissions by March 31st, 2020. We look forward to receiving your work!

If you have any questions about this call, please send them to brookelober [at] gmail [dot] com.